September 05, 2017
Here I am with my second blog this year where I will share with you my impressions from the World Student Games 2017.


This year, the World Student Games, also called ‘Universiade’ was held in Taipei, Taiwan. As a member of the Swiss delegation, I got the chance to participate and get involved in the second biggest multi-sports event on earth. It was an awesome experience to meet up with students from all over the world and compete in a high-level competition. To be part of this fantastic spirit was a unique and unforgettable experience. The Taipei organizing committee held the event under the official motto of ‘For You, For Youth’.

The event epitomized the passion and love for sport and education.
During the Universiade, sport and education meet on a highest level, bringing together more than 10,000 athletes in a single village in New Taipei.
I couldn’t feel any religious, language or ethnical barriers among athletes and staff. We just all joined together to compete in this beautiful country. The Organizing Committee did an outstanding job, putting those Games together. The volunteers just stayed so friendly and helpful from the beginning until the end of the 2017 Summer Universiade. 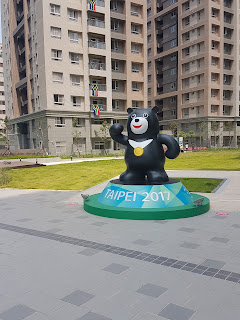 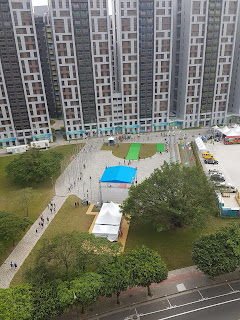 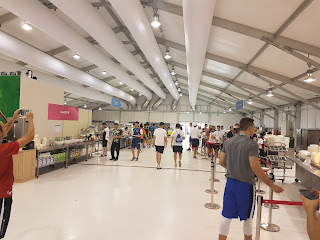 I competed in the 400m and the 4x400m relay for my country, Switzerland. With an almost personal best in the 400m Semi-Finals, I finished the individual 400m in the 13th position out of 68 competitors. However, the highlight was certainly the 4x400m relay finals at the last competition day in the Taipei Municipal stadium. The stadium was almost sold out and the home crowd was there to support the 4x400m team of Chinese Taipei. I am proud to say that ‘little’ Switzerland was also part of the final. We raced outstandingly, but in the end luck was not on our side. We finished the race in a solid 5th place, receiving an Universiade Diploma. 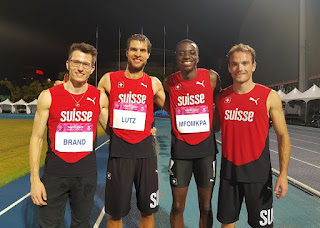 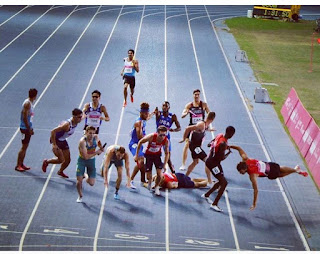 And here we have the Video which shows even athletics can be quite hard :)

Next to the competition a lot of different Outreach session were organised for the athletes by the International University Sports Federation (FISU) and the Taipei Organising Committee.The Adecco Group, through the IOC Athlete Career Programme, assisted Universiade athletes for life after sport providing workshops in career transition. I am one of these athletes, who got their job through the IOC Athlete Career Programme in cooperation with the Adecco Group.

Furthermore, the Swiss team was very proud to have the engagement from The Adecco Group as a partner of Swiss University Sport Foundation.

November 06, 2017
My time as an intern at the Adecco Group comes to an end. In this very last blog entry I would like to share with you my experience as an intern working for the Adecco Group at their global headquarters in Zurich for the past six months. I very much enjoyed my first time experience in the private sector. During the past months, I was able to build new relationships with fantastic people and I really enjoyed working with the global team as well as our colleagues in the countries. I was able to apply several skills I learnt in my sports career and also during my bachelor’s degree at University. Furthermore, I appreciated to face a highly flexible working environment the Adecco Group offered me, helping me to combine my work tasks with my daily trainings and competitions which made it possible to also improve my athletic performance. I very much enjoyed to work in a very supportive and motivated team in the Marketing and Communication department. Challenging tasks such as creating a
Mehr anzeigen

September 29, 2017
Train hard  –  eat smart  –  recover fast Most athletes know the problem that a lack of recovery time can cause. Luckily nowadays many athletes are engaged in a dual system, meaning that they train and compete but they also are studying or working. Often, elite athletes pursuing a dual career suffer because of not having enough recovery time. Hard trainings only have the right impact if athletes also have enough recovery time. And true recovery does not mean to just having free-time. It includes the right nutrition, recovery measurements such as massages, warm or cold bathes, cryotherapie and more. Furthermore, the aspect of physical recovery time has to be considered for every athlete. That is the big advantage of the IOC and IPC Athletes Career Programmes  in cooperation  with the Adecco Group. Through this programme, athletes will be supported in finding a flexible job where they can optimize their work-life balance and recovery time . One of the most important aspect
Mehr anzeigen 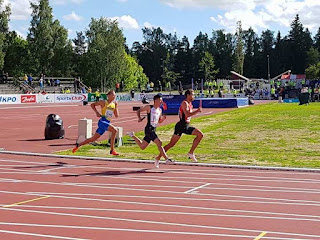 Good afternoon and welcome to my blog about my experience as the Adecco Group ACP intern. My name is Silvan Lutz, 27 years old from Switzerland. I am a track and field elite athlete. So far, my hard work paid off, having reached already several Swiss Championship titles over the lovely 400m distance and I also participated in two European Athletics Championships as part of the Swiss 4x400m relay team. Several months ago, I had to think about my future as an athlete and for sure about my career next to sports. After finishing my Bachelor Degree in Business Administration in 2016, I was searching for a new job which gives me the flexibility to combine my sport with work and experience in the business world. So, I scanned through the website of Swiss-Olympic to look for potential job opportunities. I came across the Athlete Career Programme for the Swiss elite athletes which prompted me to pick up the phone to learn more about it. And now I am here, writing to you as part of
Mehr anzeigen